This term, we had the pleasure of welcoming back former student, Giacomo Bognolo, who was part of the second cohort of students at AGFS that completed all of years 7-11 at the school. We sat down for a chat with Giacomo to talk about his experience at AGFS and his exciting future! Giacomo is the first student from AGFS to be offered a place at Oxford. He plans to read Law at St John's College. Giacomo is completing his post - 16 education at St Olav's Grammar School, and studies Classical Civilisations at AS-level and English Literature, History, and French at A-level.

What were you involved in at AGFS, and what areas did you develop further after leaving the school?

"I was heavily involved in playing piano and still am to this day. I was also the founder and editor of The Hype newspaper (soon to be returning to AGFS), and I was a reading mentor. I continued to develop my piano studies, as well as becoming the president of the law society at my school, and becoming a prefect."

How do you feel AGFS helped prepare you for your future education?

"Particularly during year 11, we were encouraged to take the lead on our own learning, which really helped to prepare me for my post - 16 education and certainly will prepare me well for university. The after school support sessions were really encouraging for my independent study. Being able to articulate myself clearly and communicate with not only my peers was also something I really learned to embrace while at AGFS. This served me well in the interview process at Oxford."

Is there any advise you would give to students preparing for their GCSE's now?

"What worked well for me was thinking about where I wanted to be and understanding what I had to do to get there. That drove me to achieve the best marks I could. I did everything Icould to push for my best. I also found adding perspective to what the ‘why’ was behind my ambition really helped me focus and delivery what I hoped to."

"Structure was really important. By making a study timetable that was ambitious but not impossible, and holding myself accountable to it really helped me keep on target. Don’t stress about having to learn something in an instant, that’s why you start early. It’s hard but it's not impossible. Also, be sure to use the resources available to you. Miss Reddy was really useful in my subject area and helping me to cover what I didn't feel confident in. Your teachers are all there to help support you, especially as you get ready for your exams."

Of the four core values of AGFS, what is your favourite?

"Growth. I like the idea of never having a ceiling over my head. People have this idea that they can't go anywhere because of their background. I’ve learned over the years that even when I am doubting myself, if I invest in my own growth, there's really no limit to what can be achieved. Not a lot of people realise they can be better than what they assume for themselves." 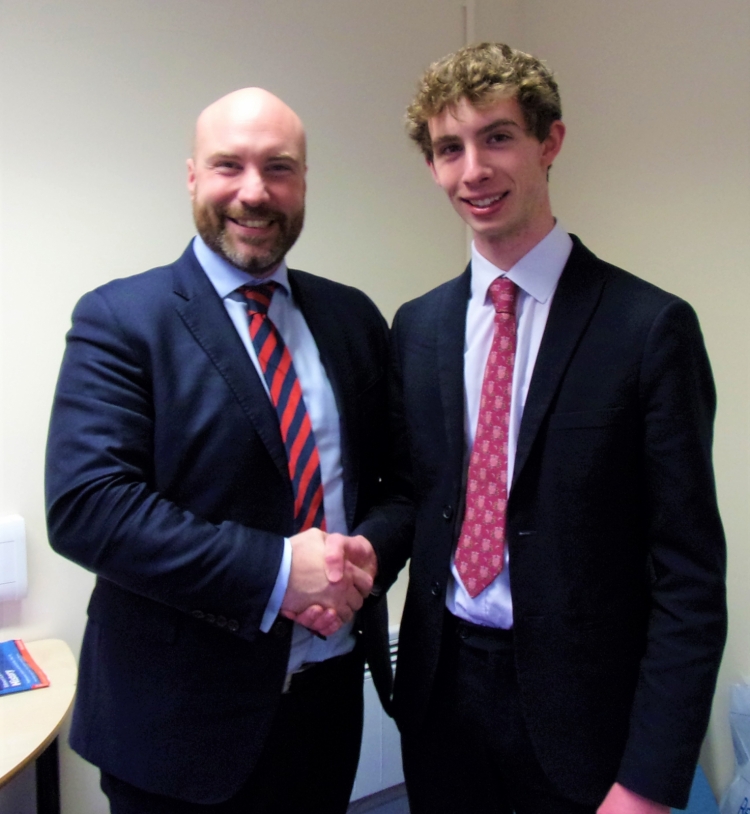